After decades of blogging, I finally launched my own website!

Apart from a blog, there’s also a little online store as well!

So yes, I will not be updating this wordpress.com blog any more so please do subscribe/follow msmarg.com for updates yeah. =)

Head on over there so NOW we can start our “house-warming” party!!!

The new journey begins on msmarg.com!

Ramadan, which is the Fasting Month for our Muslim friends, began a week ago here in Malaysia… and I think everyone agrees that the best part of fasting is the breaking of the fast! 😀

And so, here are 8 places that offer Ramadan Buffet here in Bintulu, Sarawak.

Arranged in no particular order: 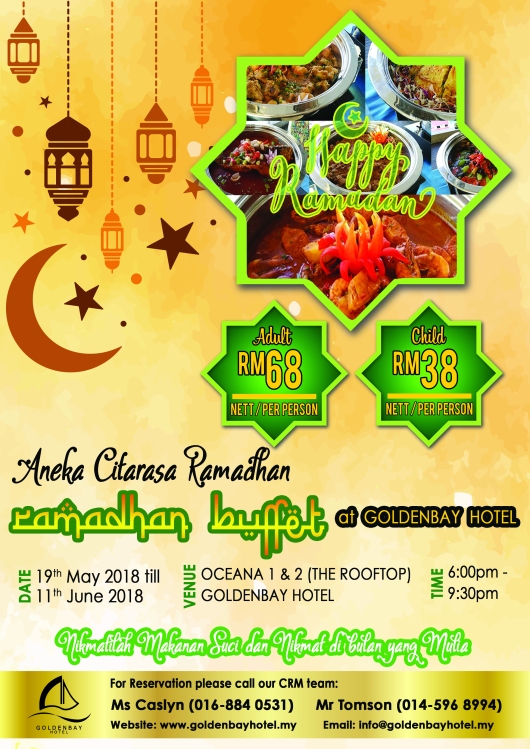 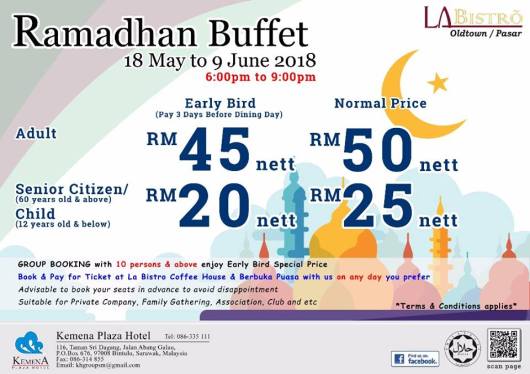 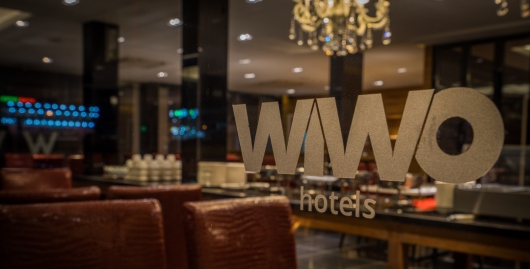 Have you tried any of the above? Let me know how the food was in the comment!

Know any other place to break fast in Bintulu, do share in the comments as well!

And by all things MCU (Marvel Comic Universe) where do I even begin?!

What the heck just happened?? Everyone faded into dust – did they die? REALLY?

What did Thanos do??

Why did Dr Strange give him the Time Stone?! (Sure, to save Iron Man BUT in the grander scheme of things WHY???)

A conversation I had with my brother last night after we watched it separately:

Him: How waz it?
Me: The ending is distressing!!!
All those who disappeared mean they died??
But some still alive leh

Him: Once the gauntlet is fully powered, just a flick of the finger half of the universe population gone.

Me: So just random selected?
Him: Maybe
Me: What did Thanos do at the end?
Reading some theories abt part 2
Him: Gamora did ask that question. Thanos replied that once he restore the balance he will rest and look at the sunset
Me: Read that part 2, antman and captain marvel will save the day

Me: Did u rmbr all the prev characters and storylines? Or did u do some revision before watching just now?
Him: Still remember
Me: I always thought the bad guy in Gotg same as Avengers but someone ever told me last time I was confused😂…guess they were the ones confused
Him: The audience clapped and cheered when Thor appeared in wakanda
And then at the final scene when ppl start disapearing and screen fades to black, the audience were freaked

Me: Freak like how?
I was close to screaming in frustration at the end
Him: The one sitting next to me blurted out wtf 😀
Me: Aaahh okk…similar feeling w most ppl
Him: And had to bear thru like 10mins of credits to see the end credits only to find more bleak scenes except the marvel logo at the very end.
Me: That’s Captain Marvel logo
Him: Yes
Me: At first i thought wonder woman logo but different universe so no haha

Him: Since it is a 2 part..so next we will get origin story of cpt marvel and how nick fury established another team after going underground.
I guess they wanted to have closure for most / half of the characters.
Me: That’s not closure! That’s just killing them off! 😱
Part 2 maybe involve time travel and all the heroes (or most) don’t die in the end
Him: I wished dr strange did use his stone but didnt
Me: Actually, i didn’t watch any trailer or whatever for infinity war and didn’t realise got part 2 so the end just like that was really unexpected 😅
Him: But dr strange did told stark there is 1 out of 4 mil future outcomes that they win
So i guess the remaining heroes will team up with cpt marvel to defeat thanos
Me: Ya! That’s why am expecting some time travel trick just now…so now, that’s expected in part 2
Him: Black widow did she fade away?
Me: Don’t recall..
Him: Gotg team only left racoon right?
Me: Think so..the lady w antenna?
Him: Mantis..not sure.
Nebula?
Me: Don’t recall
Him: I am not disappointed with the movie coz u dont get to see villains actually win
Me: Definitely still around is Iron Man, Hulk, Cap, Okoye..
Him: Esp all this while in superhero movies
Me: I am not disappointed. Just find it distressing. Wanna watch again
Him: Im sad a bit that those who manage to leave asgard at the end of thor ragnarok all died. Except thor.
When i see loki killed off early in the movie..i somehow knew its gonna start the bodycount.
Me: Before watching, so many rumours / questions of which hero will die etc… Figured it would just be 1..not so many..
Him: Did u see the youtube clip i shared this morning where the villains played deadpool?

Me: No. Only saw it just now aft i watched the movie. Didn’t wanna spoil it in any way

Thru the whole movie, in denial when the characters die… Still in denial haha

Him: Somehow that clip is kinda accurate. Got many heroes gone
Me: One review said “all the deaths will feel justified”… I disagree. I don’t feel so.😅
Him: Even has hydra
Me: Didn’t really read all the names on the board
Him: Even at the end of the clip before thanos left the bar he said some of them villains might not be around if he succeed
Me: The way spidey died though…with the rest is just fade… With him, u can see pain😱
Him: Hydra is one of the villan in the bar la
Me: Which one is hydra again lol…anyhoo, thanos also said that line abt remembering to Iron Man…and the villain bar thing
Him: Hydra is the one who met Thanos and Gamora on the soul stone planet

So yes, clearly the likes is more than dislikes so of course I enjoyed the movie. EXCEPT. FOR. THE. ENDING.

However, I am looking forward to Captain Marvel though… and what that implies for Part 2.

So, what are your thoughts?

Favourite and least favourite part of the movie?